The Lord Mayor is the first citizen of Nottingham.

The Lord Mayor of Nottingham is Councillor Wendy Smith. 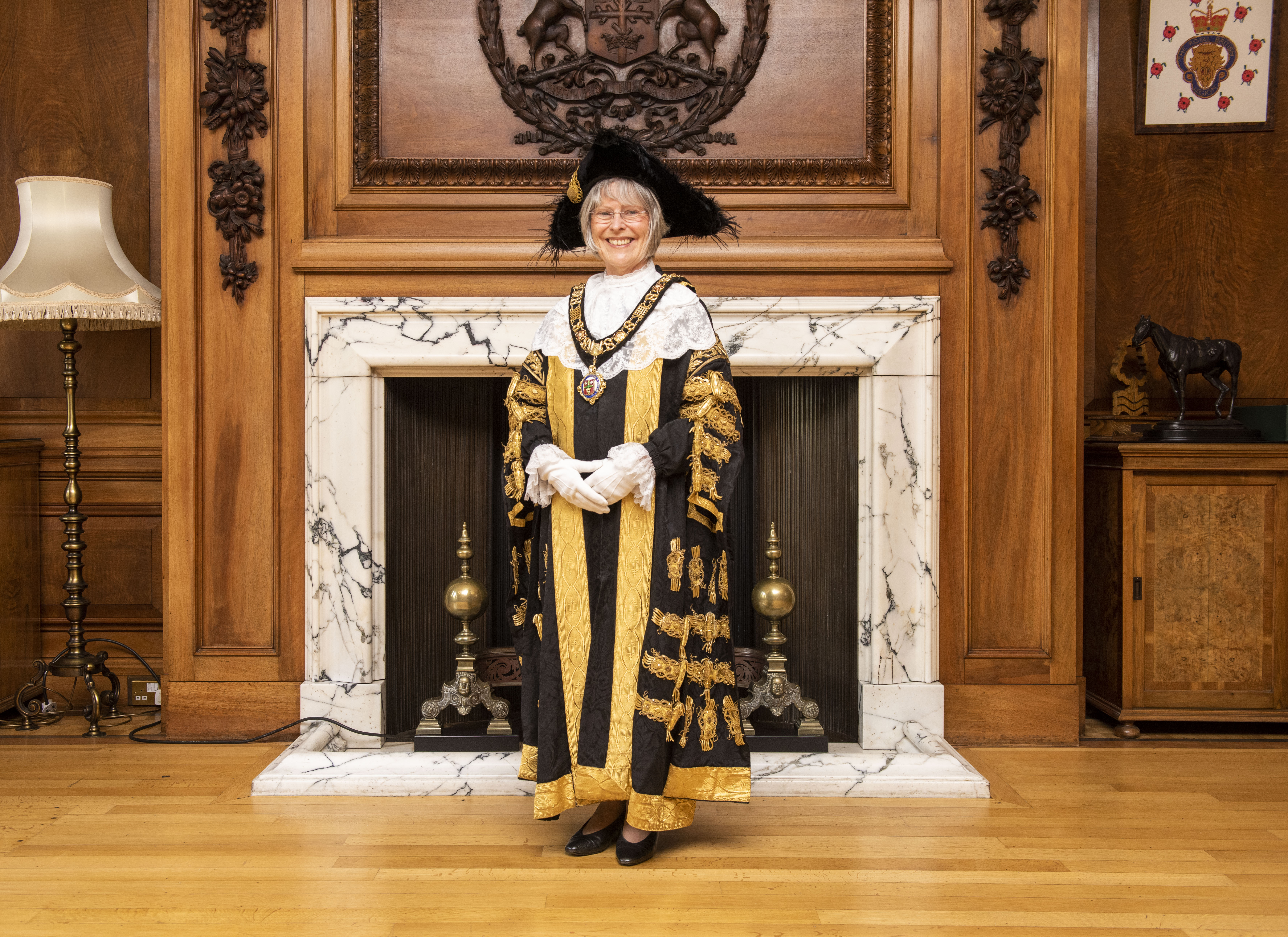 Background of the Lord Mayor

Wendy Smith was born at Fulwood Barracks in Preston and brought up in Corby on a newly-built council estate.  She has a younger brother and sister.

In 1965 Wendy attended one of the first comprehensive schools and, following A levels in Music, French and German, trained as a teacher in Hertford, then went to Trinity College of Music in London to study organ and harpsichord.  Wendy became a Licentiate of the Royal Academy of Music in 1977.

In 1978 Wendy moved to Nottingham at a time when teaching jobs were in short supply and became a school pianist and later did some school music teaching. She then took a secretarial course and did a variety of office jobs as well as working as a self-employed musician.

Wendy returned to teaching in 1990 as a supply teacher then applied for a job teaching deaf children. Following training at Birmingham University she qualified as a Teacher of the Deaf, learnt British Sign Language and in 1995 was part of the team which established the Deaf provision at Firbeck Primary School.  Later she taught in primary, secondary and special schools in the City and has been a governor at several local schools and colleges.  Wendy is now an Associate Governor at Mellers Primary School which has the City’s primary provision for Deaf children.

In 1991 Wendy moved to Bilborough and became a foster carer, fostering 11 children before meeting her husband Peter in 1994 whilst singing at a wedding.

In 2002 she won a competition to become the 'Voice of the Tram'.  That led to her becoming a professional voiceover, mainly recording at a studio in Sherwood.

In 2007 Wendy discovered she had breast cancer following routine screening.  A few months later her sister also found she had breast cancer. They consider themselves lucky that it was caught early and they both made a good recovery.  As a result they are keen to encourage everyone to attend their cancer screening appointments and be ‘breast aware’.

Wendy was elected as a councillor for the Bilborough Ward at a by-election in April 2013.  Her particular interests are in education, disability, the arts and supporting older people to stay in their own homes.  Having spent many years caring for a relative with dementia, in 2019 Wendy started a monthly Memory Cafe (which had to be paused when lockdown started).

In 2016 Wendy and colleagues started Bilborough Arts Festival, a week-long summer celebration of the arts which involves residents of all ages as well as local schools.

Before becoming a councillor Wendy did voluntary work with the police and she was also a Victim Support volunteer.

The post of Lord Mayor's Chaplain is an honorary one, and as such is unpaid. The Chaplain's duties are to give spiritual guidance to the Lord Mayor and support on civic occasions.