Well known to many visitors as the site of the annual Nottingham Goose Fair, the Forest has recently undergone a £5.2m Lottery restoration.

In addition to hosting many other popular events, the Forest Recreation Ground also has a variety of recreation facilities which include a newly opened café, public toilets, play areas, multi-activity pitches, football pitches, an outdoor gym and leisure walks.

Where is the park

The car park accessed from Mansfield Road is for disabled visitors only (a radar key is required to access this car park).  This car park is also accessible for specific events and pavilion deliveries

The brand new Forest Sports Zone encourages more people to use the Forest Recreation Ground for sport and active recreation and is providing local communities and visitors to Nottingham access to high-quality sporting and social facilities. The improvements include better quality artificial pitches, the creation of new 3rd generation (3G) pitches and a new multi-use games area (MUGA).

The brand new two-storey pavilion building houses secure changing rooms and dedicated spaces for sporting clubs and the local community to meet to learn and socialise. This £1.8m improvement project is a partnership between Nottingham City Council and Nottingham Forest in the Community which has completely redeveloped the sporting amenities on the popular Forest Recreation Ground. It has also seen the Community outreach arm of Nottingham Forest Football Club open facilities on the site where the club was formed 150 years ago. 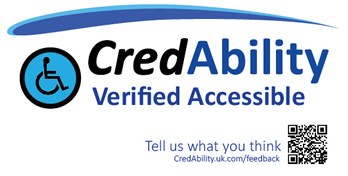 One of the highlights of the Forest restoration project is the refurbishment of the 1857 Lodge building on Mansfield Road.  The new building includes office space as well as a mess room for the site staff.

The refurbished pavilion at the centre of the Forest contains sports changing rooms, the Park Ranger's office, a function room (available to hire), a café, and a Changing Places toilet.  Changing Places toilets are different to standard disabled toilets with extra features and more space to meet the need of people with profound and multiple learning disabilities, as well as other serious impairments.  If you need to arrange access to this facility, please contact us.

A pirate-themed 'Play Pathfinder' destination play area, worth £340,000 built in 2009 is situated next to the main pavilion in the centre of the site.

The site was one of the original parts of the 1845 Nottingham Inclosure Act which preserved eighty acres of Sherwood Forest for recreational use. In commemoration, a special Oak tree called the "Inclosure Oak" was planted, which can still be seen at the Mansfield Road entrance.

The Forest was the southernmost part of Sherwood Forest; called "the Lings" and was always the site for sports and shows. In 1865 Nottingham Forest played and practised here when they were known as Forest Football Club and the ground was also the home to Nottingham Racecourse before it moved to its present location at Colwick Park. 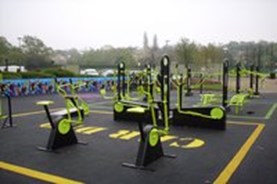 Joseph Paxton, one of the leading Landscape Designers of the day was said to be responsible for the interesting criss-cross formation of the walkways.

The Forest Recreation Ground also houses several interesting historical attractions. On entering the Mansfield Road entrance visitors can see The Forest Lodge which was built in 1857. This structure was originally used as a Police or Keepers Lodge and a police cell can still be seen underneath the Lodge; it is a Grade II listed building. The Monument, made of red granite, near Monument Gate on Forest Road East, was originally sited at King Street. It was moved in 1927 to its current site and stands in memory of those who fell in the Boer War in the 1890s.

The Forest has been home to many sports over the last 300 years including horse racing, cricket and football.

A line of 13 windmills once stood at the top of Forest Recreation Ground overlooking the racecourse below. They were removed after the Inclosure Act but there are markers along the cemetery path where they once stood.

Nottingham City Council is putting together a funding bid to refurbish the play area at Gregory Boulevard and would like to hear your views and ideas on how the play area could be improved.

Included in the bid will be a new cable way to replace the old one which is unsafe and currently out of action.

This initial consultation closed on 5 February 2016 and you will have a further opportunity to have your say on design ideas as the bid progresses. The funding bid will be submitted in February, and we will know the outcome in June 2016.

For more information please contact Parks and Open Spaces on 0115 915 2733 or email parksandopenspaces@nottinghamcity.gov.uk

Into the Forest Leaflet