The long-awaited creation of a welcoming entrance to the city from the south began in January 2016, with several phases of roadworks preparing the new route around the south of the city for the major Traffic Switch in early August 2020, which closed Collin Street and Canal Street to traffic. The images below show the scale of change the public can look forward to. 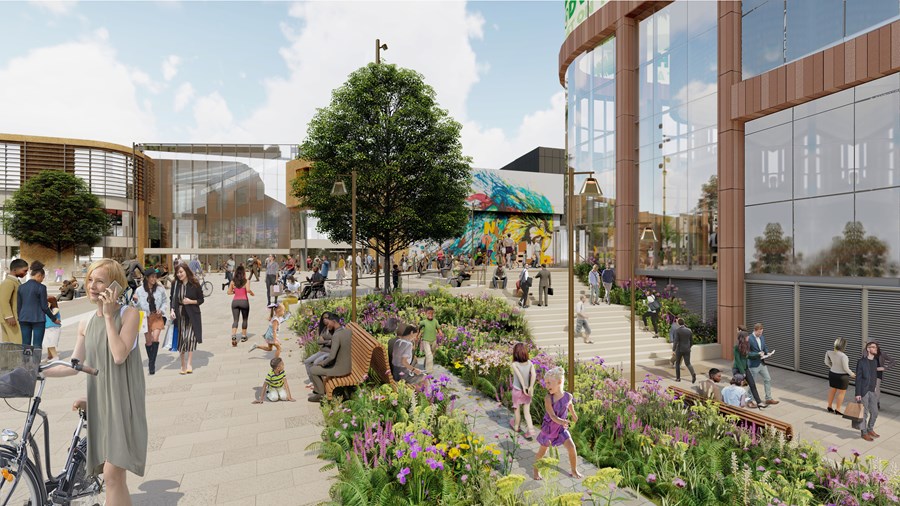 The exciting new green, pedestrian-friendly public space for the city centre involved the most significant changes to a city centre road layout for 15 years, and is being funded through the Government’s Transforming Cities Fund. The scheme has attracted over £20m of Government funding and work to transform the look and feel of the area began in August 2020.

The road changes support plans to improve the city’s walking and cycling connectivity post-COVID pandemic, providing more routes through the city centre and better connecting the city centre to the wider Nottingham area.

Drivers who previously used Collin Street or Canal Street to travel west to east and east to west will instead use the Southern Relief Route, which runs from London Road to Wilford Street past Nottingham Station. You can see how these routes work in the videos below: 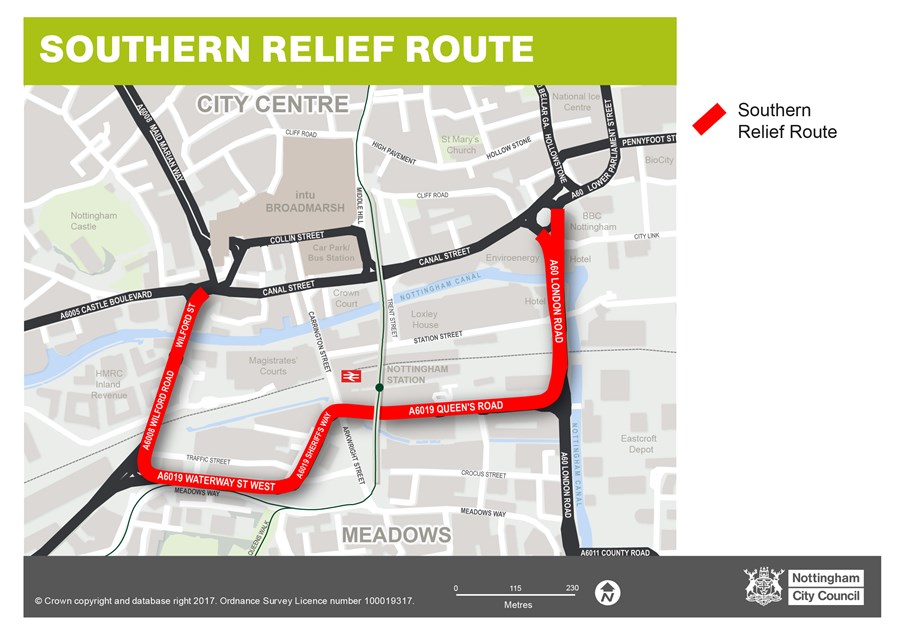 What the changes will create 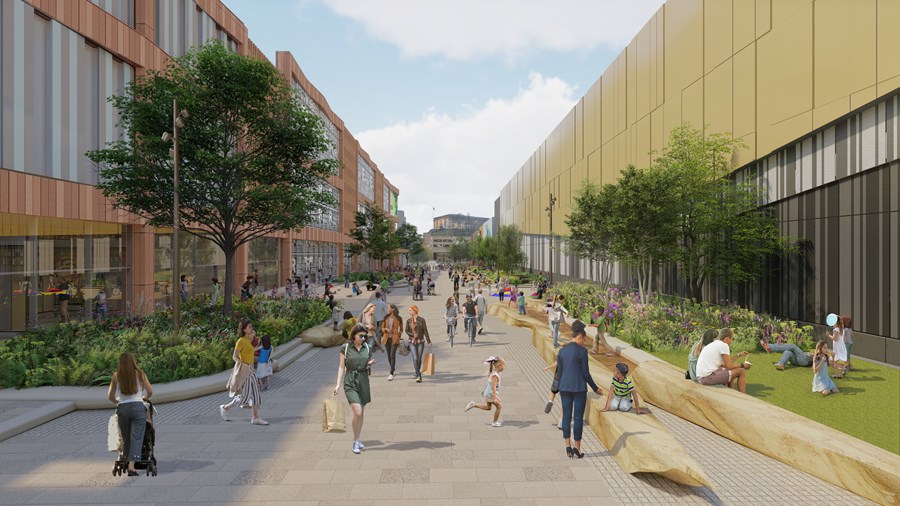 These schemes will create an open, vibrant, welcoming space in the city for anyone arriving by bus, tram, train, car, bike or on foot. The new spaces and traffic reduction will deliver vastly improved pedestrian environments and will include dedicated cycle facilities on Canal Street. The work will also provide a great new public space between the new college, shopping centre, Nottingham Central Library and Nottingham Castle, with spaces for outdoor seating, food and drink in Carrington Street and areas for children to play, creating a better atmosphere to sit and dwell during the day.

This will mean the areas connecting these major new developments can be turned into a bright, tree-lined space with high quality paving with landscaping, public art, and outdoor cafés, transforming them into safe and attractive spaces for people to enjoy. Views to the Castle will be preserved, with new places for people to sit and relax, space for art boxes and words in the paving, celebrating both the new Central Library and Nottingham’s status as a UNESCO City of Literature, included as part of the design. 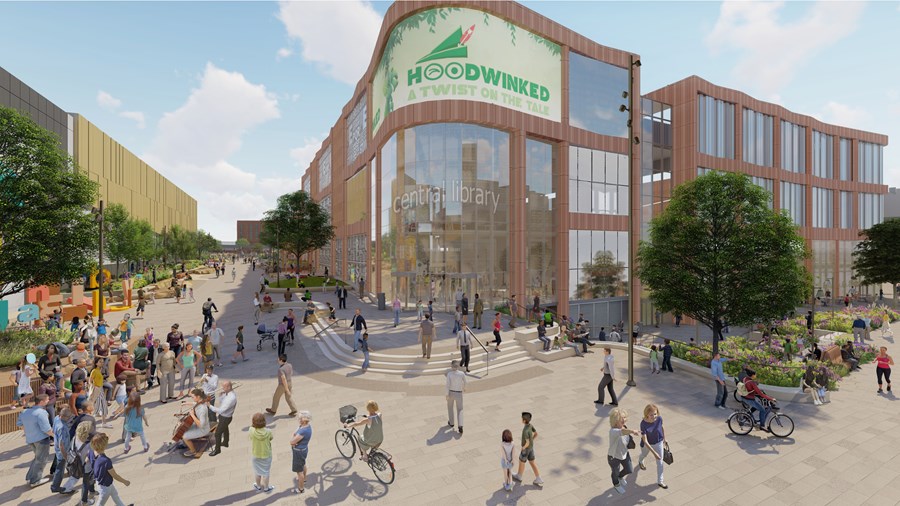 The Sussex Street area, between Middle Hill and the new Nottingham College City Hub, has been inaccessible and unwelcoming for some time and will be transformed into a brighter, amphitheatre style space, with steps from Middle Hill to Sussex Street and an environment where people can relax and play, with new spaces for activity and exercise for young people, including skateboarding and other spaces for sport. These public spaces will be capable of hosting major events in the day and night, helping to further boost the city’s reputation for hosting top-class entertainment and activities. 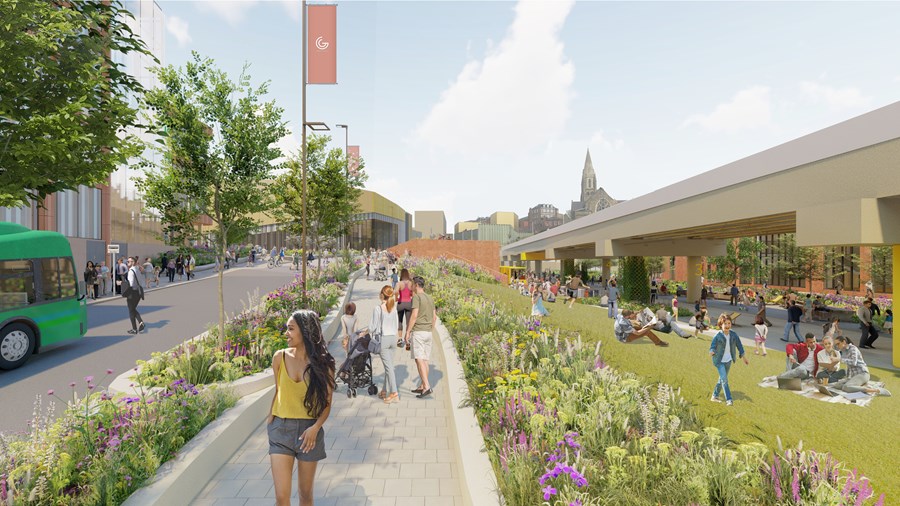 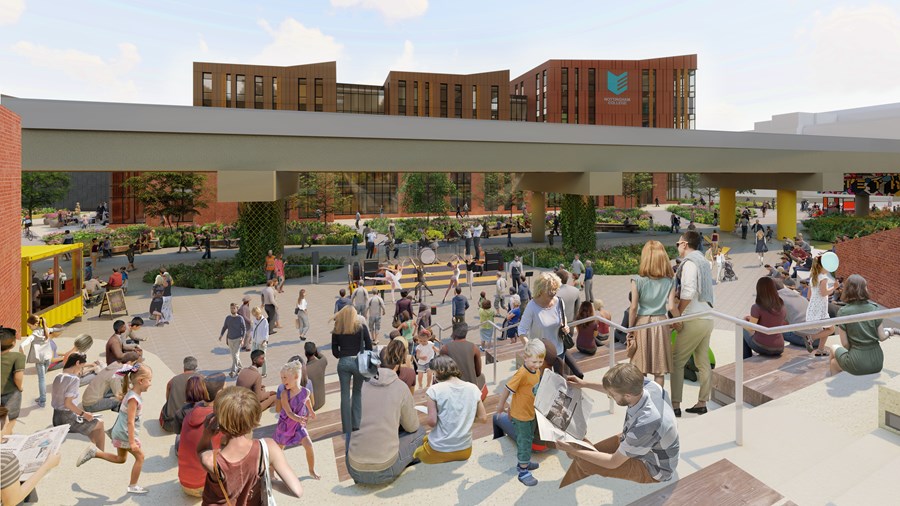 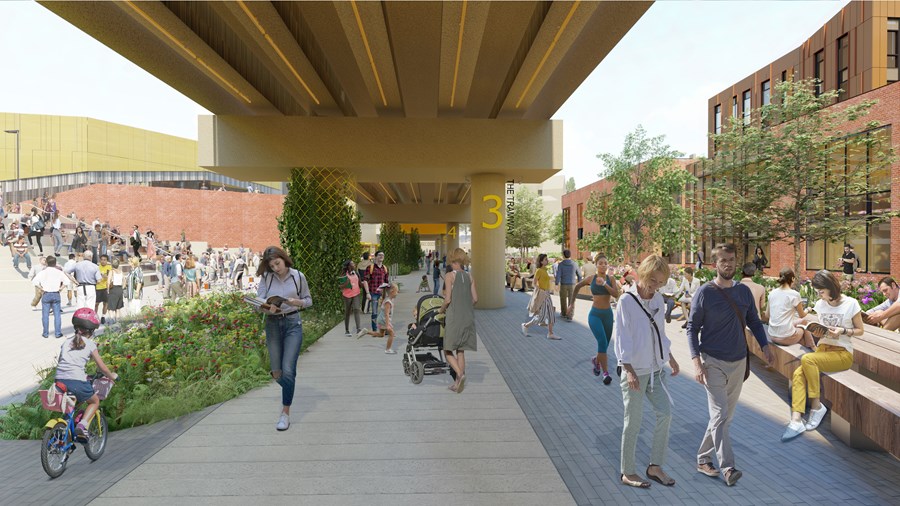 Work to improve the historic frontages on Carrington Street under the City Council’s Townscape Heritage scheme has improved the facades of these buildings in time for new retail units to open on the ground floor of the Broadmarsh Car Park building on Carrington Street.

Nottingham was in the midst of change long before the COVID-19 pandemic, with ambitions to become a carbon neutral city by 2028. Central to the Southside transformation has been the re-routing of city centre traffic away from Collin Street and Canal Street to create a fantastic new entrance to the city and welcoming pedestrian space. This has been done previously in the city at Old Market Square, Trinity Square, Station Street, Lister Gate and Upper Parliament Street, creating better spaces for people to relax and browse what Nottingham city centre has to offer.