Nottingham has made the commitment to become the first carbon neutral city in the country, reaching this target by 2028. This means cutting carbon dioxide (CO2) emissions from direct and indirect sources that arise from the consumption of energy within the city to near zero.

Why do we need to act?

Climate change has become a cause for concern across the world. The last 4-year period has been the warmest on record, extreme weather events are becoming more severe and common, where July 2019 recorded the highest UK temperature of 38.7oC.

A big factor in the change in our climate is the impact of gases, mainly CO2, in trapping heat in the atmosphere. This has led to over 300 local authorities declaring climate emergencies and the realisation of the need to rapidly reduce carbon emissions to zero.

However, the city still emitted 1.17 million tonnes of CO2 in 2017, enough to drive the average car 6 billion miles!

Now, Nottingham must go further to reduce emissions and lower its carbon footprint to play our part in preventing a dangerously warmer world.

The draft Carbon Neutral Action Plan builds on the Nottingham 2028 Carbon Neutral Charter by setting out high-level objectives in order to achieve a resilient and sustainable carbon-neutral Nottingham by 2028.

The document is broken down into three main sections, covering a range of themes:

This plan sets out where we in Nottingham need to go, and focusses on the actions the Council and others can start to take now. This provides an approach and platform to build on. A citywide consultation on the action plan will open Monday 20th January and close Sunday 15th March. There will be an opportunity to engage through an online survey or in-person with the events held across the city. More details will be published soon.

Together we can make Nottingham the UK's first carbon-neutral city, bringing benefits to all across the city.

Sign up here to find out about future consultations and events.

More information will become available shortly on how you can help support this ambitious target! 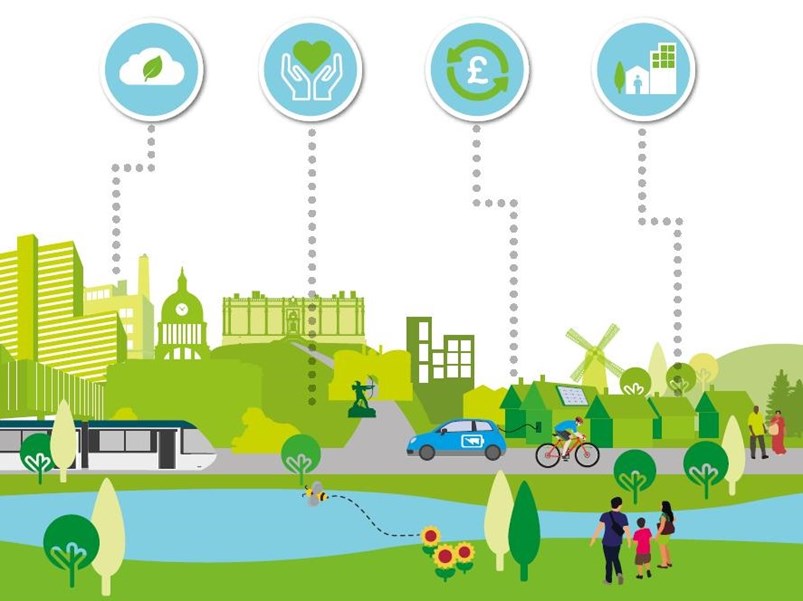